Skip to main content
This is documentation for Weave GitOps 0.9.5, which is no longer actively maintained.
For up-to-date documentation, see the latest version (0.16.0).
Version: 0.9.5

Weave GitOps Enterprise helps you understand the state of progressive delivery updates to your applications with Flagger. The Delivery view shows all your deployed Canary objects and the status for how a rollout is progressing.

By default, Flagger will automatically promote a new version of an application should it pass the defined checks during an analysis phase. However, you can also configure webhooks to enable manual approvals for Flagger to proceed to the next phase of a rollout.

In this guide we will show you how to get started with manually gating a progressive delivery promotion with Flagger, using the in-built load tester as a way to demonstrate and learn the capability so that you could configure your own gates.

Basic introduction to Webhooks and Gating​

Flagger can be configured to work with several types of hooks which will be called at given stages during a progressive delivery rollout. Some of these allow you to manually gate whether a rollout proceeds at certain points:

Any URL can be used as a webhook target, it will approve if it returns with a 200 OK status code, and halt if it's 403 Forbidden.

The webhook will receive a JSON payload that can be unmarshaled as CanaryWebhookPayload:

For more information on Webhooks in Flagger, see the Flagger documentation

Important note We strongly recommend that you DO NOT USE the load tester for manual gating in a production environment. There is no auth on the load tester, so anyone with access to the cluster would be able to open and close; and the load tester has no storage, so if restarted - all gates would close.

Instead, configure these webhooks for appropriate integration with a tool of your choice such Jira, Slack, Jenkins, etc.

In your Canary object, add the following in the analysis section:

This gate is closed by default.

Deploy a new version of your application​

Trigger a Canary rollout by updating your target deployment/daemonset, for example by bumping the container image tag. A full list of ways to trigger a rollout is available here.

You can watch the progression of a Canary in Weave GitOps Enterprise (WGE) through the Applications > Delivery view:

Wait for the Canary analysis to complete​

Once the Canary analysis has successfully completed, Flagger will call the confirm-promotion webhook and change status to WaitingPromotion as you can see in the screenshots below: 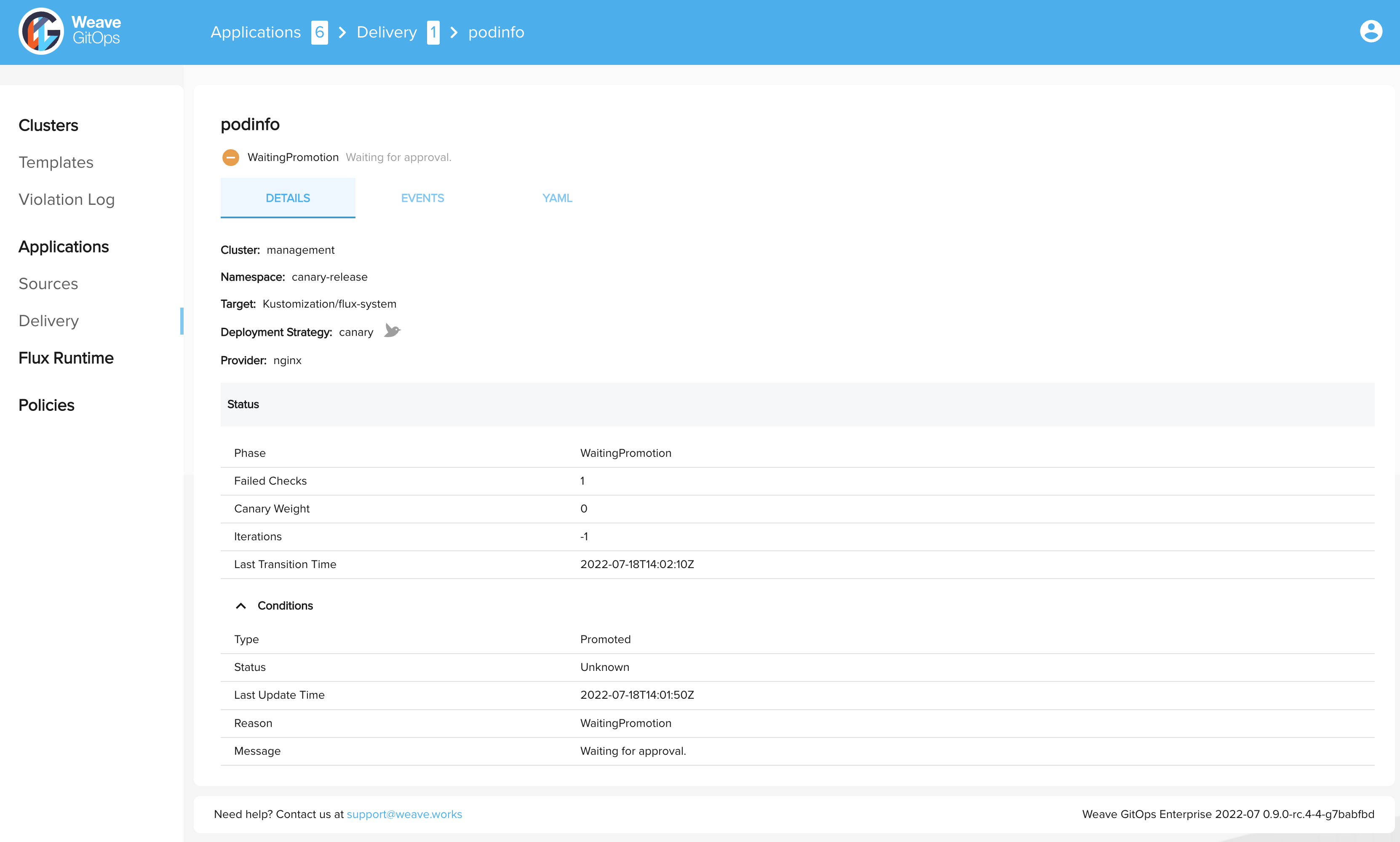 To open the gate and therefore confirm that you are happy for the new version of your application to be promoted, we can exec into the load tester container: 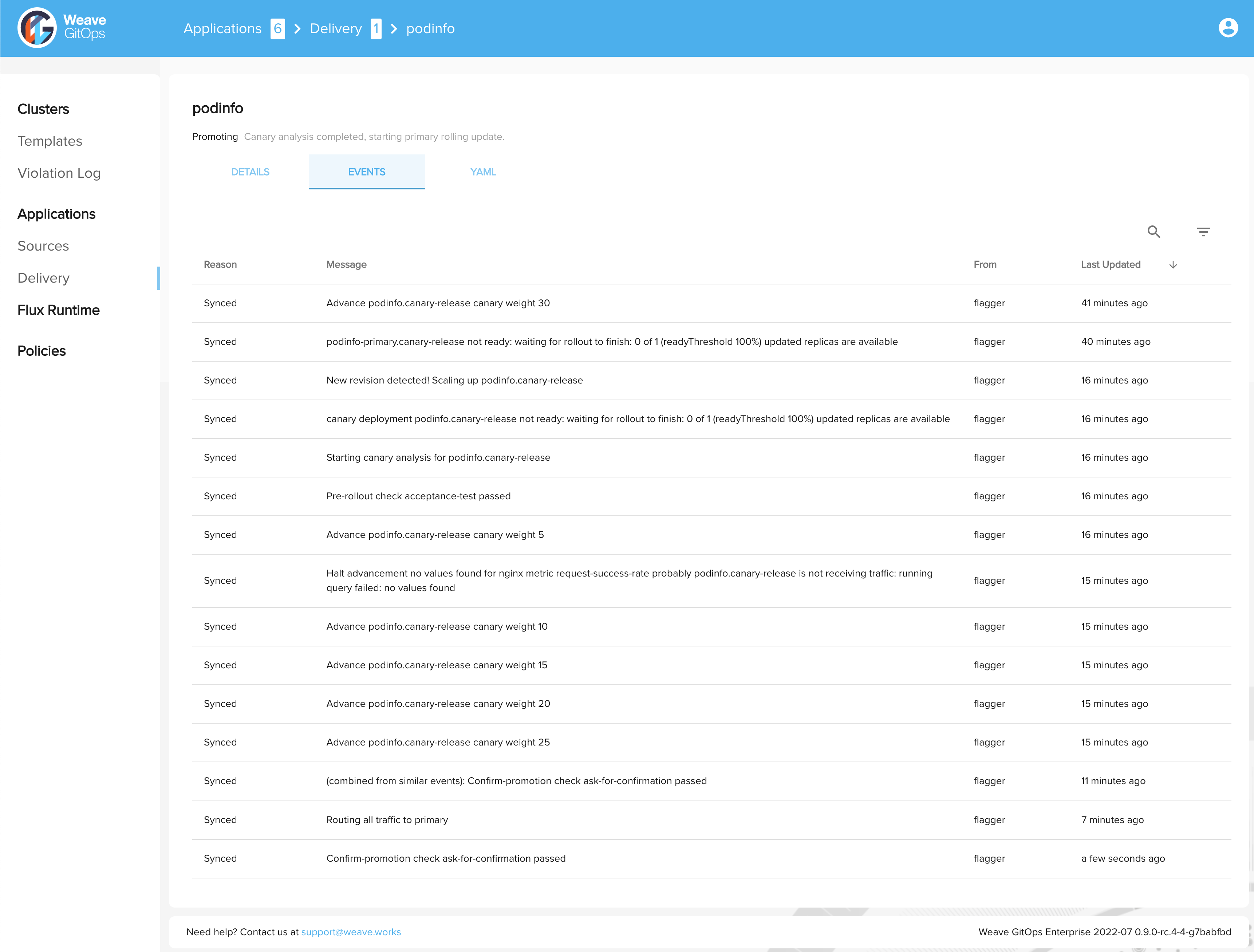 To manually close the gate again you can issue: